There’s nothing quite like hot buttered toast topped with gorgeously tangy marmalade – and if you’ve only ever tasted supermarket versions, you’ll be blown away by the difference between that and the proper homemade stuff. Join us on this Marmalade Making Course with Vale House Kitchen Founder Bod Griffiths. Bod first made marmalade with his grandmother at the age of 5 and has loved that ‘sunshine in a jar’ ever since.

The day starts with coffee and the opportunity to taste some of Bod’s home made Seville Orange Marmalade. He will then explain the features of a good marmalade and demonstrate the all the stages of the process from juicing the fruit to properly potting the marmalade into jars.

You’ll then get stuck into making your own batch of traditional Seville Orange Marmalade using the best ingredients, as well as a delicious marmalade cake and even some Seville Orange Vodka! You’ll be able to take the fruits of your labour home with you. There’ll also be a fantastic lunch and a course booklet to take away full of recipes and tips. Anyone who loves marmalade will really enjoy this immersive day. 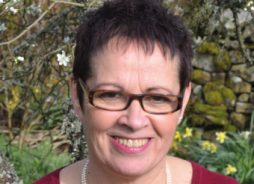