We’re hosting ‘The Complete Game Experience’ bringing you a unique opportunity to spend two full days with two of the South West’s most inspiring Gamesmen, Tim Maddams and Frank Shellard.
Tim is a chef, food writer and cookery teacher with a love of the Great British countryside and wild food. He has worked under such culinary luminaries as Fergus Henderson, Marco Pierre White and Mark Hix. Tim has just written and published the River Cottage Game Handbook and whose knowledge of game is second to none.
Frank Shellard owns and runs Manor Farm Estate, and is a qualified CPSA instructor. This is a family run shoot in Wellow just south of Bath. Locally known as “Shellards Shoot” it won The Shooting Times best small shoot in 2013.

You’ll start the day with a warm welcome at Shellards Shoot, a few breakfast bites and given a full briefing for the day.
Each of the 8 participants will get to shoot on a 100-bird driven day, with lunch included.
Afterwards you’ll be treated to a magnificent game dinner (with wine) cooked by Tim Maddams, hosted in the Vale House Kitchen cellar. A night’s accommodation will be provided at the Carpenter’s Arms in Stanton Wick.

You’ll spend the day taking part in a game butchery and cookery course hosted by Tim Maddams at Vale House Kitchen. He’ll show you just how to bring out the best in game, with a series of practical preparation and creative cookery tasks. You’ll be shown a modern approach to game cookery as well as the more traditional style, starting with the whole animal and ending with a delicious three-course meal. “The trouble with game”, remarks Tim, “is that it’s often a case of feast or famine and it’s all to easy to get stuck in a rut with the cookery”. This course will give you the confidence to put game back on the menu in your own kitchen.
Lunch is included.

The course cost £1200 per person inclusive of all food and drink, and a night’s accommodation at the Carpenter’s Arms in Stanton. We will pick you up from the Carpenter’s Arms on the morning of 19th and return you there after your game dinner at Vale House. You’ll be picked up again on Sunday morning to be taken to Vale House Kitchen for your day with Tim Maddams.

Country conservation and shooting are in Franks blood. Having taken up game shooting from an early age, Frank is now a qualified CPSA instructor and has been very privileged to have shot over many prestigious estates throughout the UK. He employs a full time game keeper who rears the majority of the birds released on the Manor Farm Estate. Frank shares Vale House Kitchen’s field to fork philosophy with all of the game shot making their way from kitchen to plate. This is a family run shoot in Wellow just south of Bath, locally known as “Shellards Shoot” it won... 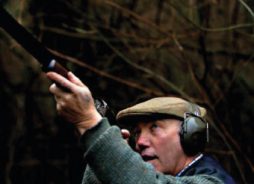 Vale House Kitchen are delighted to have Tim teaching a wide variety of courses covering game, butchery, fish and vegetarian cookery. Tim is a chef, food writer and cookery teacher living in the south west of England. Food is ‘in the blood’ as some say, as Tim’s grandfather was a master butcher and restaurateur. His parents followed suit, running various successful catering ventures during Tim’s childhood in Wiltshire. There, he also spent a lot of time on his aunt and uncle’s farm, gleaning a close understanding of farming and fostering a love of the great British countryside, wild food and... 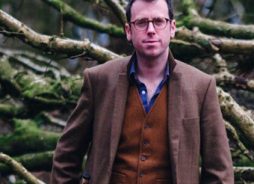 “Ending up eating a wonderful meal together is a fantastic way of completing the process and socializing with the other guests. Great day”

“Improvement would be difficult to achieve on this course”

“Thank you for a lovely day…. You’ve inspired me to change how I prepare and cook venison and maybe even change my worklife.”